Congress leader Rahul Gandhi on Wednesday said he got initiated into the Lingayat sect by the seer of Muruga Mutt here in the presence of various party leaders. After Mr Gandhi’s meeting with Lingayat seers, the head of the Mutt, Shivamurthy Muruga Sharana, carried out the ritual.

Earlier, a seer at the seminary said Rahul Gandhi will be Prime Minister, but the head seer intervened and added a caveat to the blessing.

Mr Gandhi was in a meeting with the seers when one of them, Haveri Hosamutt Swami, referred to his grandmother and father — both of whom remained Prime Minister — in his speech, and said, “Indira Gandhiji was PM, Rajiv Gandhi PM, and now Rahul Gandhi has been initiated into Lingayat sect, and he will become the PM.”

At this, Sri Shivamurthy Murugha Sharanaru, president of the institution, interrupted: “Please don’t say this… This is not the platform. People will decide.”

The Lingayats, about 17 per cent of Karnataka’s population, have traditionally been BJP voters. With Mr Gandhi’s visit to the poll-bound state, the Congress is hoping to broaden its appeal and project unity within the party too. The elections have to be held by May next year.

The Lingayat sect — about 17 per cent of Karnataka’s population — was founded in the 12th century by social reformer and poet Basaveshwara, who has a huge following in some neighbouring regions of Maharashtra, Telangana, Andhra Pradesh and Tamil Nadu as well. 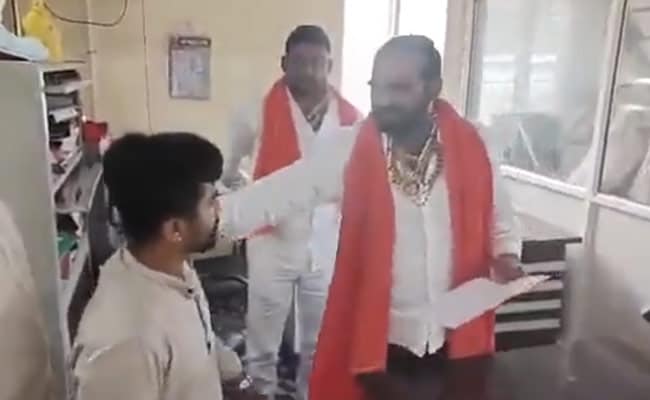