Washington Post columnist Gene Weingarten recently described Indian food as “based entirely on one spice”. In an article titled, ‘You can’t make me eat these foods, the humour columnist writes about certain foods he refuses to eat and why, and the list includes hazelnut, anchovies, pizza or hot dogs with more than two toppings, and Indian food.

In the article originally published on August 19, he writes, “The Indian subcontinent has vastly enriched the world, giving us chess, buttons, the mathematical concept of zero, shampoo, modern-day nonviolent political resistance, Chutes and Ladders, the Fibonacci sequence, rock candy, cataract surgery, cashmere, USB ports … and the only ethnic cuisine in the world insanely based entirely on one spice.”

“If you think Indian curries taste like something that could knock a vulture off a meat wagon, you do not like Indian food. I don’t get it, as a culinary principle,” he adds. “It is as though the French passed a law requiring every dish to be slathered in smashed, pureed snails. (I’d personally have no problem with that, but you might, and I would sympathize),” he said.

The piece soon drew flak on social media with many calling him out for being “racist” and condescending.

We reached out to Indian chefs to understand Indian dishes and the spices used to create them.

Leave aside “one spice” food, some of our spice mixes have more than 50 different spices, some of which the world may never have heard of, said celebrity chef Sanjyot Keer, digital content creator and founder, Your Food Lab. “To know our food, someone would have to travel across India and you will be surprised with what we have to offer. It’s much more than ‘tikka masala’ and ‘naan bread’ for sure and definitely not ‘one spice’ food,” he expressed.

READ  Justin Narayan is the winner of MasterChef Australia 13

Indian spices from different regions are used in as many ways — as a whole, chopped, ground, roasted, sautéed, fried, and as a topping — explained chef Anees Khan, founder, Star Anise Wok. “Our spices blend food to extract the nutrients and bind them in a palatable form. Some spices are added at the end as a flavouring — those are typically heated in a pan with ghee or cooking oil before being added to a dish. Lighter spices are added last, and spices with strong flavour should be added first,” he said.

Top Chef judge and author The Encyclopedia of Spices and Herbs, Padma Lakshmi, also joined in the debate and said the columnist “clearly” needed “an education on spices, flavour, and taste. Author Shireen Ahmed expressed disappointment over him getting space to “boldly spew your racism” which she describes as “deplorable”. Meena Harris and Mindy Kaling also expressed their displeasure.

You don’t like a cuisine? Fine. But it’s so weird to feel defiantly proud of not liking a cuisine. You can quietly not like something too

Even Columbus knew it was more than one spice

Even though Weingarten issued an apology saying how he realises it was “insulting”, it is being seen as “half-hearted”. Washington Post, too, updated the column which now states: “A previous version of this article incorrectly stated that Indian cuisine is based on one spice, curry, and that Indian food is made up only of curries, types of stew. In fact, India’s vastly diverse cuisines use many spice blends and include many other types of dishes. The article has been corrected.”

From start to finish plus the illo, the column was about what a whining infantile ignorant d—head I am. I should have named a single Indian dish, not the whole cuisine, & I do see how that broad-brush was insulting. Apologies.(Also, yes, curries are spice blends, not spices.)

“Took a lot of blowback for my dislike of Indian food in today’s column so tonight I went to Rasika, DC’s best Indian restaurant. Food was beautifully prepared yet still swimming with the herbs and spices I most despise. I take nothing back,” he said on Twitter on August 23.

“From start to finish plus the illo, the column was about what a whining infantile ignorant d—head I am. I should have named a single Indian dish, not the whole cuisine, and I do see how that broad brush was insulting. Apologies. (Also, yes, curries are spice blends, not spices.)” he later posted on August 24.

Others were quick to point out that Indian food is extremely varied and includes a variety of flavours and textures. For example, curry powder is a mixture of many spices, including (but not limited to) coriander, turmeric, and cumin.

The curry powder itself is a mix of 3-4 different spices, said chef Tarun Sibal. “As a chef, it is my pleasure to learn something new every time I step into the Indian kitchen. From North to South and East to West, no two dishes are alike. Even local delicacies such as Litti Chokha in Bihar or Chha Gosht in Himachal have innumerable permutations and combinations,” he mentioned.

Experts agree it is the “delicate, balanced medley of the myriad of authentic spices” that complement each other. “It thereby enhances the flavour profile of the final dish. The culinarians often resort to traditional methods like hand pounding the wet and dry spices with mortar and pestle to retain earthy flavours and textures,” said chef Anirudh Khanna, multi-property executive chef, The Westin Gurgaon, New Delhi and The Westin Sohna Resort and Spa.

Keer pointed out how India has a diverse food culture. “You travel for about 100 kilometres in any direction in any part of the country and you would be surprised by the change in the food and its a uniqueness to the geography or that area and also to its culture,” he mentioned.

READ  ‘Immunity up’: You must try Malavika Mohanan’s drink of the month; find out what it is

Calling Indian food “one spice phenomenon ” is such a myopic view of cuisine and food culture in general, they say.

Supply issues take shakes off the menu at British McDonald’s

Anushka Sharma, Virat Kohli cosy up for a photo after lunch date in Leeds 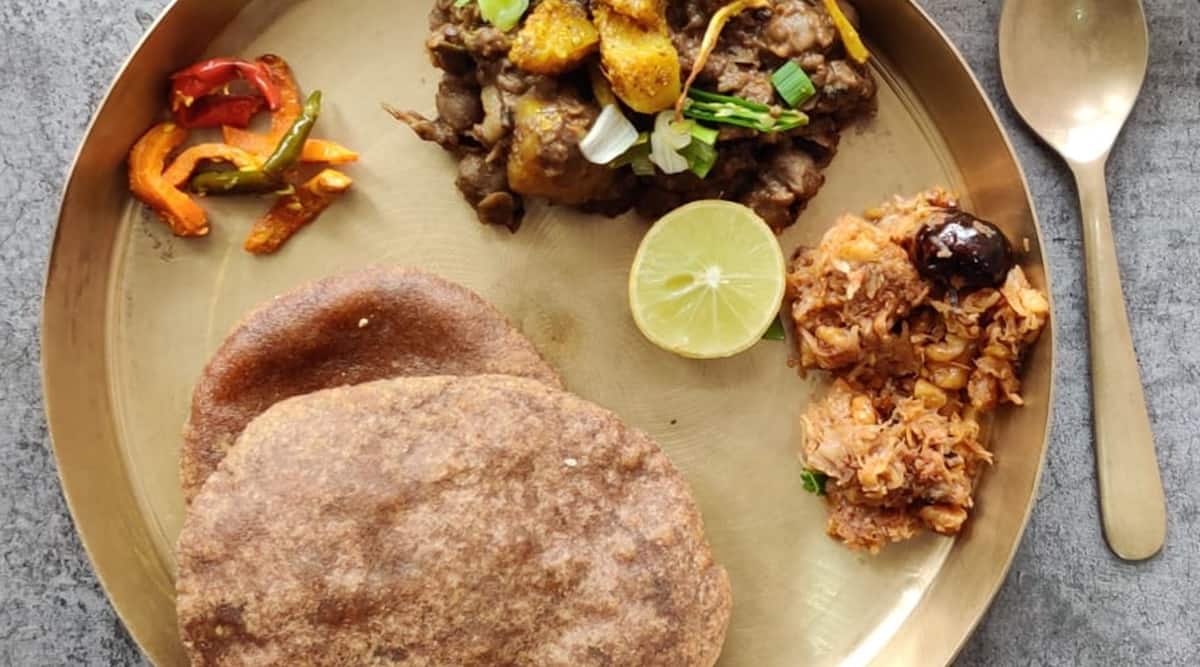 Never tried rajma and daliya slider? You must check out this ‘perfect party snack’ recipe 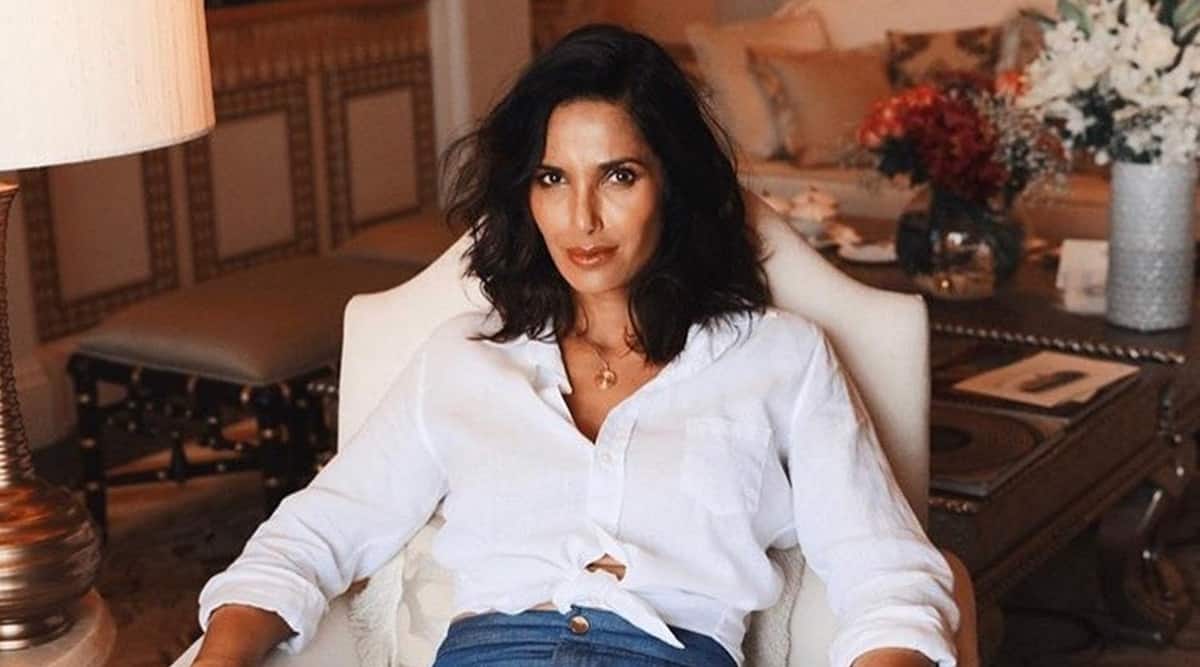 Padma Lakshmi shares recipe for one of her favourite egg dishes; check it out