The 400-metre long container vessel, MV Ever Given, was finally freed six days after it completely blocked Egypt’s Suez Canal. It took rigorous efforts to refloat the massive cargo ship — more than double the size of Statue of Unity — that got diagonally stuck on the all-important 193-km narrow waterway since March 23.

On Monday, the world breathed a sigh of relief when salvage authorities finally managed to free the 2.20 lakh tonne stranded ship, which had brought a major portion of the world’s seaborne trade to a standstill and led to massive disruption in global supply chains. MV Ever Given, one of the world’s largest container ships, is seen after it was fully floated in Suez Canal. (Photo: Reuters)

While normal traffic has now resumed of the narrow Suez Canal passage, the ship blockage since last Tuesday resulted in massive economic loss — hundreds of ships ferrying cargo worth billions were either stuck in traffic or forced to reroute, causing significant delays in essential shipments.

Several nations located in the eastern and western parts of the world have suffered a devastating economic blow due to the canal blockage. Even India may have faced losses to the tune of hundreds of crores due to the blockage.

It is worth mentioning that Suez Canal is one of the world’s busiest shipping channels for oil and refined fuels, grain and other trade linking East to Wast. The Suez Canal blockage roughly cost 12 per cent of global trade and was holding up trade valued at over $9 billion per day, according to data from Lloyd’s list.

This is equivalent to $400 million worth of trade per hour or $6.7 million per minute!

Since the Japanese-owned ship had blocked the narrow canal for six days, the total trade loss has been estimated at roughly $54 billion. However, this figure is based on just the cargo shipments that were halted or delayed due to the blockage.

Ever Given container ship in Suez Canal in this Maxar Technologies satellite image taken on March 29, 2021. The actual economic damage suffered by countries around the world could be much higher as prices of important commodities like crude oil and gas rose amid fear that the blockage may continue for weeks.

According to Suez Canal Authority Chairman Osama Rabie, the Canal’s revenue alone was taking a hit of $14 million to $15 million per day. 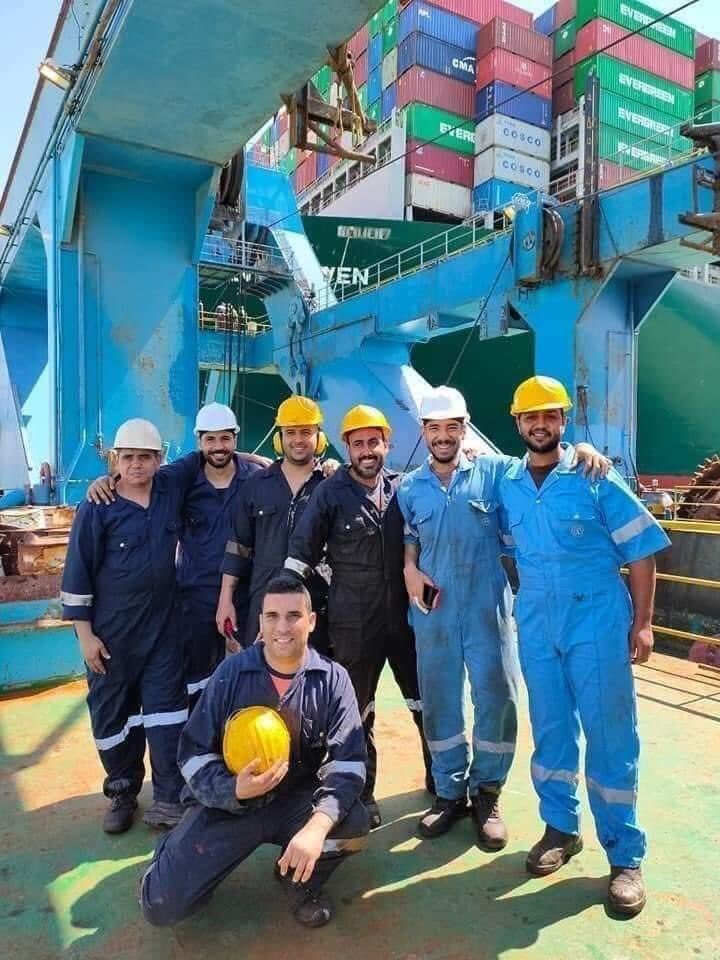 Meanwhile, German insurer Allianz had said in an analysis on Friday that the blockage could shun global trade growth by 0.2 to 0.4 per cent on an annual basis.

The extent of economic loss due to the blockage is likely to be even higher when costs such as additional shipping operation charges, commodity prices and shipping delays are factored in. A Reuters report has indicated that it may take over three days to clear the traffic that accumulated at Suez Canal due to the blockage.

It may be noted that shipping operation charges increased sharply since Tuesday as most cargo ships were forced to take a longer route via the Cape of Good Hope. The route generally takes 7-15 additional days.

Besides the global trade loss due to delay in cargo shipments, the Suez Canal blockage had also impacted several businesses around the globe, ranging from shipping operators to e-commerce retailers.

Countless retailers around the world — both offline and online — suffered losses due to the blockage as key shipments were delayed. According to experts, evaluating the actual cost of the Suez Canal blockage is difficult as it is hard to determine how much it cost individual businesses around the world.

While the disruption may not have a lasting effect, experts feel that the incident could inflate prices of some commodities and goods for a short period.

Akshay Kumar begins shooting for Ram Setu in Mumbai, shares his look from the film

Citigroup to shut consumer banking operations in 13 countries including India

Vaccinated against Covid-19? Now, you can earn higher interest on fixed deposit

Remembering Charlie Chaplin on His Birthday: Best Quotes By The Comic Legend
17 hours ago

Remembering Charlie Chaplin on His Birthday: Best Quotes By The Comic Legend

Bhopal: Cockroach between husband and wife, till divorce reached
17 hours ago

Bhopal: Cockroach between husband and wife, till divorce reached