The recent incidents of airlines developing technical glitches have received widespread public scrutiny, raising concerns about the safety of Indian carriers. The aviation industry in India has shown tremendous resilience in withstanding the onslaught of market forces along with ever-changing passenger preferences. Many airlines have come and gone in this intensely competitive industry, proving that complacency in this sector is not prudent, neither for airline companies nor the regulator.

Questions about the safety of airlines need to be viewed through the definitive answers provided by statistics. As per International Air Traffic Association (IATA) records, there was only one accident in every 9.9 lakh flights in 2021 as opposed to one in every 6.3 lakh flights in 2020, globally.

Across the world, there has been a significant reduction in accident rates and fatalities. India’s air safety indicators are significantly ahead of the global average. In 2019, there were just 0.82 accidents per million flights as compared to the global average of 3.02. The improvement in India’s performance can be noted in the fact that accidents per million flights were 2.8 in 2014.

Despite the technical issues that have cropped up, flying remains the safest mode of transportation.

One of the primary factors responsible for air safety is undoubtedly the quality of human resources. The critical facets of training pilots, ground crew and engineers significantly contribute to the holistic health of the airlines. One of the indicators that speak to the health of airlines is the robustness of aircraft maintenance. An airline, to be truly considered safe, must have the requisite bandwidth and repository of spare parts. Hence, the regulator must come down heavily on issues regarding the shortage of spare parts owing to delayed payments to vendors.

Additionally, the meticulousness with which airlines record the technical delays of each of their flights, measuring how many of their aircraft had been delayed per day for more than 15 minutes, is then reported to the regulator as well as the manufacturer. This is a worldwide parameter to judge the performance of aircraft and Indian airlines, too, adhere to them.

The incidents of airlines’ Minimum Equipment List (MEL) have been repeatedly flagged by the media as attesting to the faltering safety standards of Indian aviation. However, simply having a MEL by an airline does not translate into a compromise of safety margins. The categories of MELs are defined by the manufacturer and duly approved by the regulator — the Directorate General of Civil Aviation (DGCA). Oversight over Indian carriers is not just maintained by the DGCA but also by the IATA and EASA.

Another point to be discussed is the incidents of windshield fissures or cracks. Whether this is as alarming a safety issue as the media would have us believe must be critically analysed. An aircraft windshield comprises multiple layers and houses a heating system. The movement of aircraft can cause certain stresses which might lead to cracks in the windshield. Aviation experts say this is a fairly common occurrence that can take place due to adverse weather conditions. The only metric that can to some extent attest to whether the cracking of the windshield is of concern is the frequency with which such cracks occur within the first 1,000 or 10,000 hours of an aircraft’s operation. Similarly, bird hits can also occur at any time as this is not a controllable factor. What one must note is that aircraft are designed to accommodate these commonplace occurrences with high engineering and endurance redundancy of operational systems.

The next issue is the role of the pilot. In some cases, there might be engine failures post-take-off. However, trained pilots are aware that if one engine is compromised, the aircraft can still fly safely and land within two hours at the nearest airport. The science that has gone into aircraft manufacturing ensures that flights do not and cannot simply fall out of the air.

There is still, however, overall concern regarding the financial health of the sector. Across the world, Aircraft on ground (AoG) have been reported, marking the reduced capacity of airlines. Reports have flagged the shortage of vital spares. Particularly, in the backdrop of the Ukraine-Russia war, titanium, a major component of aircraft spares and engines, is in short supply, as 60 per cent of it comes from Russia. Coupled with shipping disruptions and high fuel prices, this provides the perfect recipe for the failing health of airlines. A huge redundancy of systems in every airline makes flights expensive. Fluctuations in market prices due to the incessant interplay between demand and supply lead to faltering cash flows. Aviation being predominantly a cash business, the sky-rocketing ATF prices and high operating costs has got the industry in a chokehold of apprehensions. Multiple taxes further push up costs even while competition between airlines creates immense pressure on the balance sheets.

READ  How to Get Kroger Feedback? Get Chance To Win $5000

Airlines in India must be able to compete internationally and increase their fleet sizes. With smaller players like Akasa and GoAir making headway into the market and a rising middle class, the demand for air transport is on the rise.

With multiple low-cost airline operators constantly vying for a greater portion of market share, matching the need to keep ticket prices low enough to attract customers while managing operations as well as staff salaries, there is a grave challenge to the sustenance of airlines. These airlines are constantly walking the tightrope between affordable ticket prices and sound operational standards where, ultimately, it is the financial health of airlines that really matters. 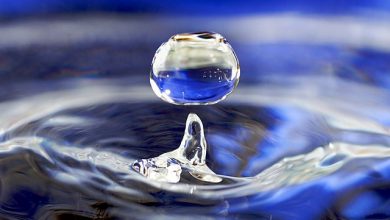 What is It That Happens When Someone Drops Something on Purpose? 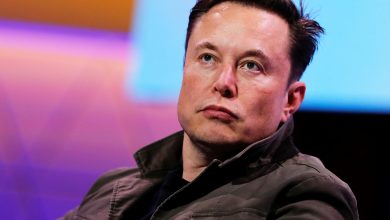 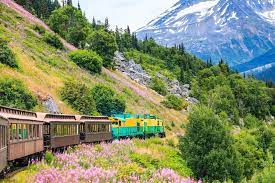