Several updates have been provided in the latest Shraddha murder case. In one of them, Aaftab Amin Poonawala has admitted that he had killed Shraddha Walkar. However, his father has not been cooperating with the investigation and the family has moved out of the house. During interrogation, Aaftab Amin Poonawala admitted to having strangled Shraddha Walkar to death in May 2022. He was arrested in Delhi on Saturday. According to the police, Aftab kept the body parts in a fridge for three weeks, and later disposed them at various places in Delhi. It has also been said that the murder weapon was not recovered.

Shraddha Walkar was a 27-year-old woman who was strangled to death in May. Her family had lost contact with her for about two months. She had suspected her live-in partner of cheating. She suspected Aftab of having a relationship with other women. Sharadha had asked him to marry her six months ago. The couple were living in Delhi, and had moved there after their families objected to their relationship.

Aaftab’s family moved out of their home in Mumbai

Earlier this month, Aaftab Ameen Poonawala allegedly killed his live-in partner Shraddha Walkar in his Delhi home. He chopped her body into 35 pieces, and threw it in the forest. Until now, the police have recovered 16 body parts. However, they have yet to find her skull. They also recovered traces of blood from the kitchen and the house of the accused.

Aftab told the police that he was inspired by the web series Dexter. He confessed to killing Shraddha in a fit of rage. He said he had a scuffle with her over a daily expense issue.

Aftab and Shraddha met through the dating app Bumble in Mumbai. They then started working together at a call centre. They fell in love with each other. Even they were planning to move to Delhi, and had thought about getting a better job.

READ  Wheel moves on J&K-Article 370 petitions before SC, what’s under challenge in these cases?

Aaftab’s father is not cooperating with the investigation

Accused of killing his live-in partner, Shraddha Walkar, Aftab Amin Poonawala has remained uncooperative with the police investigation. Aftab has given a variety of contradictory statements about the weapon used to kill Shraddha, and the mobile phone she was using.

In the first report filed by Delhi Police, Aftab claimed that his live-in partner had left his house on May 22. But he changed his statement later on, saying that he had thrown the phone in the Delhi train on his way to Mumbai.

However, the phone has not been recovered. It is still missing from the forest.

Aaftab’s body parts were kept in a fridge

Taking inspiration from an American television show Dexter, Aftab Amin Poonawalla killed his 28-year-old live-in partner Shraddha Walker. He cut the victim’s body into 35 pieces and disposed of the pieces in several places in Delhi.

Aftab disposed of the body parts over a period of 18 days. He threw them away in a forest near Mehrauli. He used a saw to dismember Shraddha’s body.

Aftab waited for nightfall to dispose off the body pieces. He cleaned the blood spills with a special chemical and disposed of the resulting blood stains. He also cleaned the floor with chemicals.

Aftab’s police investigation revealed that he had a knack for reading about human anatomy. He also told the police that he had researched the best way to clean blood. Aftab said that he found a number of methods online. He said he also cleaned the blood using chemicals and disinfectant.

Aaftab’s friends threatened to call the police on Aaftab

‘Love Jihad’: Father of 26-year-old girl who was murdered by Aaftab Amin Poonawalla suspects it. The girl had no contact with her family for over a year. Her parents had disapproved of the relationship. They approached the Mumbai police with a complaint. The police registered a case against Aaftab.

Aaftab Amin Poonawalla lived with Shraddha Walkar in the Chhatarpur Pahadi area of Delhi. The couple had a troubled relationship and argued often. They had frequent fights over household expenses. They also clashed over luggage. Aaftab would beat Sharddha during arguments. They were living together in the same flat until May.

"Some Roles Will No Longer Be Required": Amazon Begins Mass Layoffs 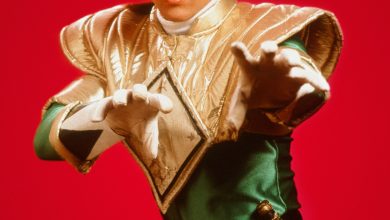