There is a lot of misconception surrounding contraception, about which method is the most effective, the options available for both men and women, etc.

According to Dr Suhasini Inamdar, consultant — obstetrician and gynaecologist, Motherhood Hospitals, Indiranagar, Bangalore, no contraception method is 100 per cent effective. “Some methods claim that they are 98 per cent effective, which means that at least 2 out of 100 couples will get pregnant. However, this figure is only accurate if used precisely according to the doctor’s instructions,” she says.

Why do contraceptives fail?

The doctor blames it on “human error”. “There is a lack of awareness about the importance of birth control; some people still choose not to use it or forget to use it. If you find yourself forgetting to take your birth control pill more than once, it is recommended that you get an IUD or implant.”

Additionally, Dr Inamdar, says, even if people use contraceptives, they fail to use them properly. “Most people prefer to use condoms as they are easily accessible. However, knowing which condom is the right size for you and being careful while removing it is just as important.”

Is there any such thing as the ‘best contraceptive method‘? No, because “everyone’s body is different”. “So, you should try to figure out which method of birth control works for you. When choosing your choice of birth control, factors you should include are your health, how sexually active you are, how many people you are sexually involved with, and whether you want to conceive in the future. Although IUDs are highly effective at preventing unintended pregnancy, it does not protect against STDs and HIV,” the doctor explains.

READ  ‘Asked doc if my breasts are going to look the same’: Chhavi Mittal’s emotional struggle with cancer

What should one do if birth control fails?

If they feel unsure about whether the contraceptive has failed or not, they can take a home pregnancy test or visit a gynaecologist. “If you think you are pregnant, in case of a positive pregnancy test, you will need proper prenatal care and support.”

The doctor concludes by saying that emergency contraceptive pills are to be avoided at all costs.

Moon Knight episode 6: When and where to watch the MCU series finale, starring Oscar Isaac? 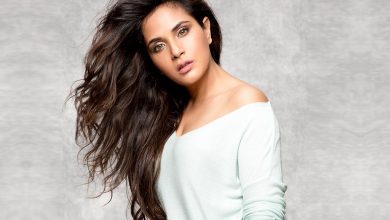