By Daphne Clarance: Justin Bieber took to Instagram on Tuesday to post a lovely birthday wish for his wife Hailey Bieber. In a series of images in which Justin and Hailey are seen sharing some special moments with each other and sealing the celebrations with a kiss, the Peaches singer accompanied a sweet note for her saying, “You make life magic.”

“Happy Birthday (in Japan) to my favourite human being XOXO. You make life magic. Obsessed with everything about you. Love you bum bum,” read Justin’s caption.

The post seemed to be shared a day early for the couple’s American fans as they enjoyed the birthday celebrations in Japan.

In one photo, the couple are seen posing amid a bamboo forest in comfy attire and in another, they are seen feeding koi fish at a bonsai tea garden. Justin is seen wearing a yellow tracksuit with a wollen beanie. Haiely, too, opts for a fuss-free look in a neutral-toned jumper with black track pants and a wollen cap.

Hailey shared Justin’s post on her Instagram Story and wrote, “PS, it’s my birthday already in Japan. Not back home yet.”

Justin and Hailey got married in September 2018 and recently celebrated their fourth wedding anniversary. Justin shared a black and white photo with Hailey and wrote, “Happy anniversary to my best friend and wifey. Thank you for making me better in every way.”

Hailey is a supermodel and the daughter of The Usual Suspects actor Stephen Baldwin. Justin released his sixth studio album, Justice, last year. 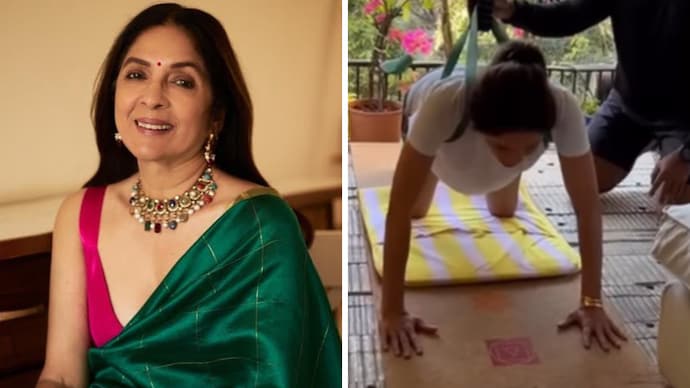 Neena Gupta’s workout video is the dose of fitness inspiration you need. Watch