The first phase of elections in Assam will see 47 seats of the total 126 going to polls on March 27. As many as 37 incumbent MLAs are re-contesting this time, including 24 from the BJP, 6 each from Congress and AGP, and one from AIUDF.

Of the 47 seats, 42 are from 11 districts of Upper Assam and North Assam, and five from Central Assam’s Nagaon district. In 2016, the BJP and its ally AGP had swept the elections in this region by winning 35 of these seats. The BJP alone had bagged 27 seats with a vote share of around 36 per cent. Congress had to contend with just 9 seats despite securing nearly the same vote percentage. 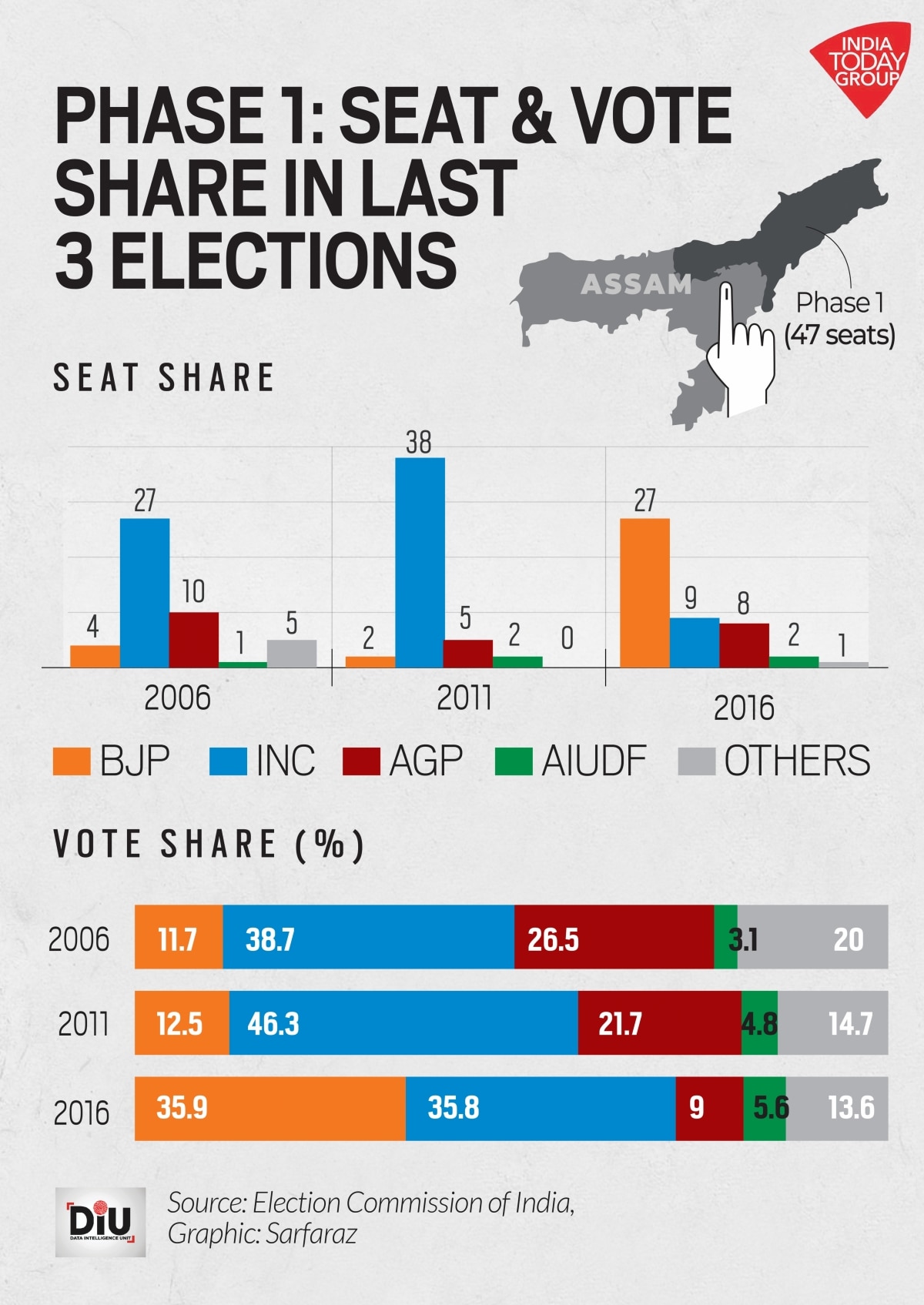 The margin of victory, on the other hand, was more than 20,000 votes in 18 constituencies. The BJP came out on top in 12 such seats, while the AGP won 3. The rest went to Congress, AIUDF, and an Independent candidate. 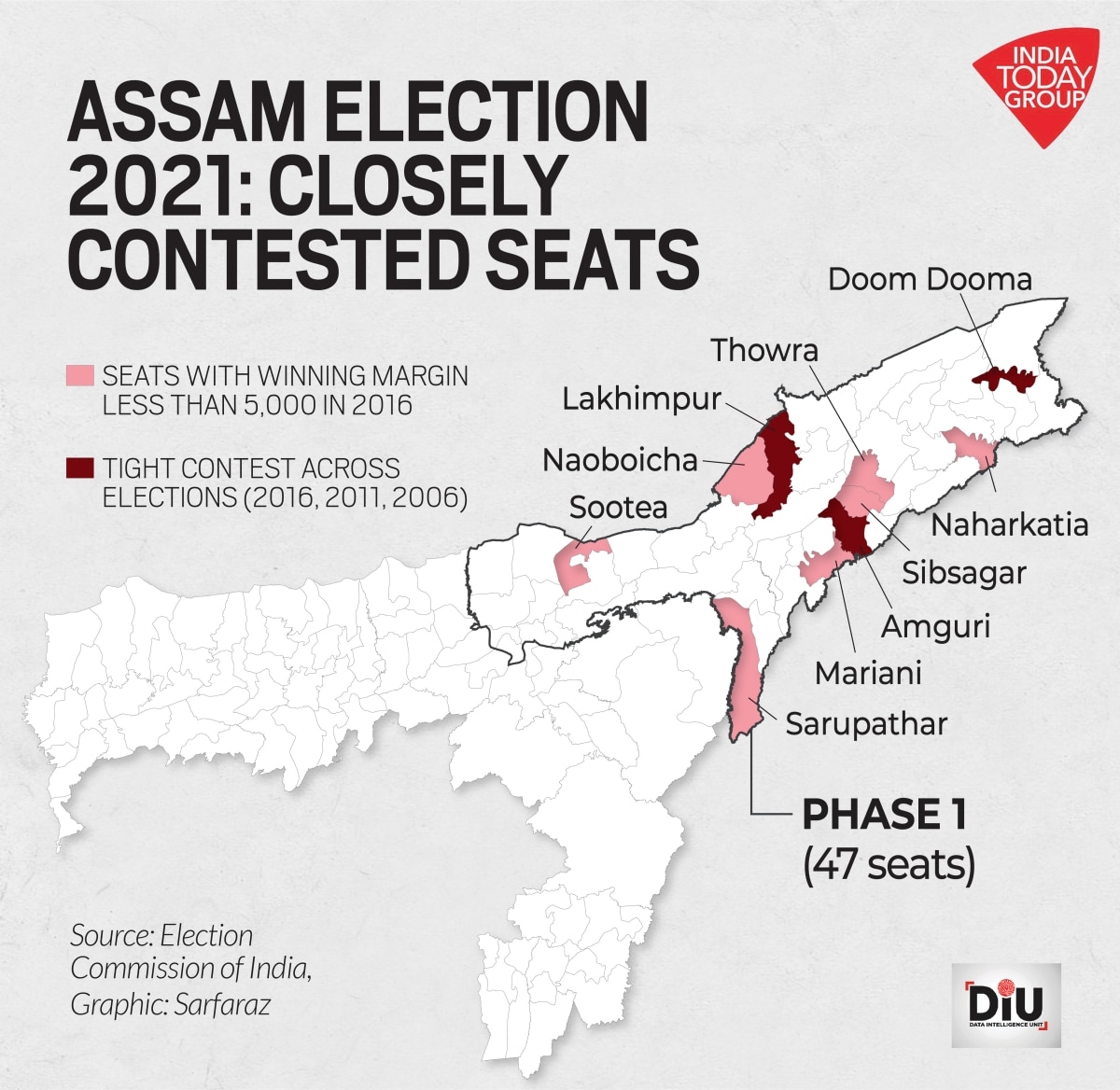 According to Association for Democratic Reforms (ADR) data, only 25 women candidates are in the fray in the first phase-out of a total of 264 candidates. The Congress has fielded six women candidates, BJP three and AGP only one. The trend has been similar to past elections.

Interestingly, the Golaghat assembly constituency has been electing Ajanta Neog, formerly with the Congress, since 2001. She was expelled from the Congress late last year and is now contesting as a BJP candidate. There are 3 constituencies Sibsagar, Batadrova, and Teok where the candidates of all major political parties are women.

In 2016, there were five constituencies among the 47 where NOTA polled more votes than the victory margin. These were Sootea (BJP), Sarupathar (Congress), Thowra (BJP), Sibsagar (Congress), and Doom Dooma (Congress). Overall NOTA had pocketed 1.5 per cent of the total votes polled.

Amguri from Sivasagar district is a unique assembly constituency as no political party has been able to win the seat for two consecutive terms since 1985. In 2016, it was Prodip Hazarika from AGP who won the seat with a narrow margin of only 1,620 votes defeating Angkita Dutta of the Congress.

The number of crorepatis contesting in Phase 1 has increased as compared to 2016. There are 101 crorepati candidates this time, up from 83 in 2016, according to ADR data. The average asset per candidate, however, has marginally declined from Rs 2 crore in 2016 to Rs 1.8 crore in 2021. As far as criminal profiling is concerned, 41 candidates have declared criminal cases against them as against 17 in the 2016 assembly election.

Seats to watch out for Provident fund contribution limit raised to Rs 5 lakh for tax-free interest: What it means for you 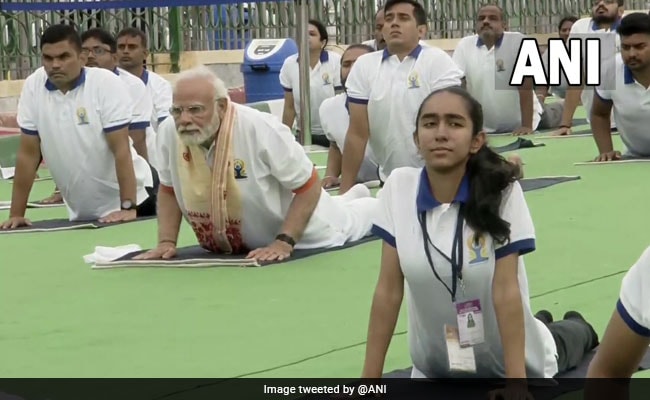 The Girl from Plainville review: Elle Fanning shines in a harrowing true crime drama that should come with a trillion trigger warnings
8 hours ago

US Sending Ukraine $450 Million More In Arms, Including Rocket Systems
8 hours ago