Pace bowlers operating with intensity and aggression, spinners bamboozling batsmen with their variations. When a team looking to turn its fortunes around faces destructive opposition, it pays to always think of taking wickets.

The approach reaped rich dividends as Royal Challengers Bangalore were bundled out for a mere 92 and Kolkata Knight Riders cantered to a nine-wicket win with as many as 10 overs still left to play. In addition to the two points, the effect it had on the net run rate can’t be ignored.

Kolkata Knight Riders, in seventh place at the restart, came out all guns blazing with the ball against Royal Challengers Bangalore. Fast men Lockie Ferguson and Andre Russell targeted the rib cage, and when AB de Villiers came to the crease expecting another short one, the West Indian surprised him with a pinpoint yorker first ball which went via the boot to the stumps.

Even when Devdutt Padikkal and KS Bharat threatened to be laying a platform for a charge by de Villiers and Glenn Maxwell, KKR didn’t take a backward step. Eoin Morgan’s side needs to win six out of the seven games to get into the reckoning after an underwhelming first phase in the summer. Both batsmen succumbed to balls dug in, and when the spinners came on, RCB’s agony was only compounded.

Varun Chakravarthy and Sunil Narine, while keeping batsmen guessing which way the ball will deviate, never gave the stumps away. That’s why they were always in the game with bowled and LBW options.

Chakravarthy almost bagged a hat-trick – denied by an inside edge – and RCB players had very little idea about the former architect’s designs.

Varun Chakravarthy is adjudged Man of the Match for his brilliant bowling figures of 3/13 👏👏#KKRvRCB #VIVOIPL pic.twitter.com/PPzlFXbYgm

It didn’t help RCB’s cause that de Villiers and Maxwell hadn’t played any competitive cricket since the IPL was suspended in May. Padikkal and Bharat showed glimpses of what they are capable of, but with the big guns faltering it was always an uphill battle against a rejuvenated team for whom the enforced break may have been a blessing in disguise.

KKR came into the game with only five specialist bowlers, relying on Russell to get through his full quota, and the ploy worked.

Prasidh Krishna would have bowled a lot to Virat Kohli in the nets during the tour of England as part of India’s jumbo squad with stand-byes.

Seeing one’s heroes from close quarters can get rid of some of the aura and nerves. But Kohli had also seen enough of Krishna to know what he has to offer – hitting the pitch at pace, good seam position, targeting the stumps, and movement in either direction. So when the two came face to face in the second over of the match, there was something to look forward to.

The narrative had been set – it was Kohli’s 200th game for RCB, the first player to reach that milestone for a single franchise, and Monday was his first outing after announcing that he was stepping down from T20 captaincy for both club and country. So when he played a dreamy cover drive up to the boundary, it seemed Kohli was on his way to making a statement.

But the next ball rendered such speculation grossly premature. It was fuller than the previous delivery and seamed in after pitching towards the middle-and-leg stump. It has been a frequent mode to dismiss Kohli in the past. In Abu Dhabi too, his front leg went too far across and the head fell over as the ball evaded the inside edge and crashed into the pad.

The umpire’s finger went up and though there was a dramatic delay in the ball-tracking images when they did arrive, they showed a delivery destined for the top of the middle-and-leg stump.

Though he spoiled some of his work by overstepping and high full tosses in his next over, Krishna had well and truly put the struggling Knights on their way.

For RCB, meanwhile, with all the attention on Kohli in the lead-up to the game, it seemed a case of the head falling and the rest of the body following it.

More than half the job done and a paltry total to chase, Shubman Gill and newcomer Venkatesh Iyer went about their business in a manner that would have pleased head coach Brendon McCullum, who had said that his team seemed paralysed by fear during the first half of the tournament.

The KKR openers never took their foot off the demoralised RCB outfit’s throat, intent on getting the job done as soon as possible. Gill displayed his elegant strokes allied to some more belligerent ones, while Iyer was a breath of fresh air with a left-hander’s characteristic elegance on the drive with his proficiency in the reverse-sweep.

It was a game where everything fell in place for KKR. They needed such a boost at the restart of the tournament. They still have it all to do to get anything out of this season, but may have found a template for the way forward.

Volcanic eruption on Spanish Island emitting over 6,000 tons of sulfur dioxide per day into air 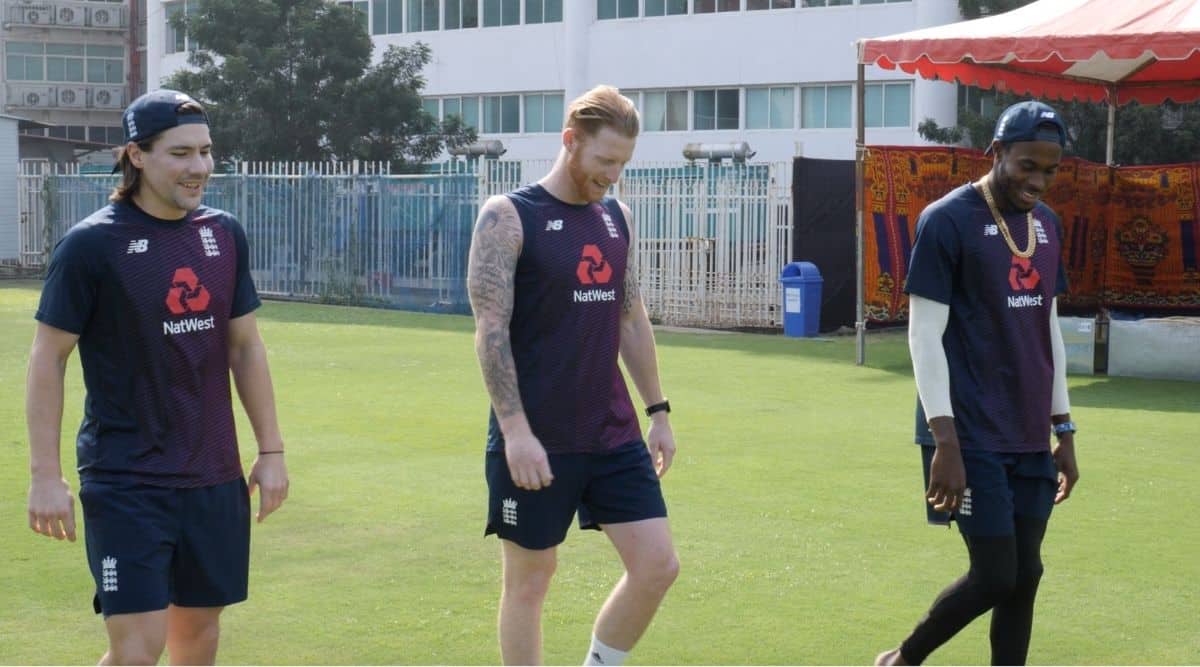 Leadership will be key in Indo-Pak clash in T20 World Cup: Hayden
3 hours ago