Be it with her outrageous fashion outings or her personal life — Kim Kardashian sure knows how to make headlines, in one way or another. The American model-socialite recently graced the cover of Allure magazine and opened up about being “at peace with not being perfect” and, of course, her much-talked-about Met Gala weight loss.

She said, “I hate my hands — they’re wrinkly and gross. But I’ve lived life and I’ve changed so many diapers with these hands and I’ve snuggled my babies with these hands, so I’m okay with them. (Getting older) doesn’t mean that I won’t strive for perfection, but you get to a point where you’re like, ‘Okay, my health is more important than anything else.’”

As much as Kim asserts she is “at peace”, she added that she “would still do anything to look and feel youthful”.

Addressing one of her previous interviews in which she told the New York Times that she would consider eating poop if it meant eternal youthfulness, the Keeping Up with the Kardashians star said, “I was kind of joking, but now that I think about it, I would probably eat shit if someone told me, ‘If you eat this bowl of poop every single day, you’ll look younger.’”

Kim was recently in news for slipping into Marilyn Monroe’s iconic dress for the 2022 Met Gala by losing 16 pounds in three weeks, with many criticising her for setting unhealthy standards of beauty and fitness.

In response to the backlash, she said, “If I was starving and doing it really unhealthy, I would say that, of course, that’s not a good message. But I had a nutritionist, I had a trainer. I have never drunk more water in my life. I don’t see the criticism for other people when they lost weight for roles — they are (considered) geniuses for their craft.”

“There are so many things out there that are so not accurate and not true,” she added.

From fabric to thread count: Things to consider when buying bed linen 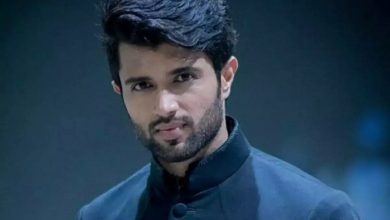