Whether an important presentation or a crucial interview, we all tend to get nervous and skittish ahead of it. Developing cold feet before an event could make us falter and lose out on opportunities. Actor Neha Sharma recently shared a guide to building confidence that you must keep handy for days when you get anxious.

In a video shared by Tweak India, the actor opened up about things to keep in mind when we are nervous. Take a look.

On being asked what she does when she is in a room full of seniors, Neha, who has worked with several senior actors in the past, said, “There is no other way to work with people who have been here so long that you have so much respect for them. As actors, you would have to disconnect the two things. When I enter a room, I think I’m unique and I think that only comes from that feeling of self-worth which we all need to have. We all need to realise that there is no one else like you.”

It’s quite natural to not feel or look your best on an important day. That can dampen your confidence to a great extent. How to handle that?

“It’s okay. It’s not the end of the world if your hair’s not okay or the outfit is not perfect. You have to realise it’s a day and it’s going to get over. Tomorrow will be a new day and tomorrow will be a good day. So, I think that belief kind of helps you to get through the day,” Neha said.

Speaking in front of a large audience can be unnerving, to say the least. To ace that situation, the actor has a perfect hack for you.

“I feel the only way out of it is, don’t look at them. Believe that they really are not there. Focus on one thing that you are supposed to focus on and just go for it because it is your moment to shine and they are all there for you. So, take that moment to pat yourself on the back and think that you are doing well and that’s it. The moment just goes by and once you got that confidence in you, you got the flow.”

READ  Like many people around the world, Prince Harry also experiences exhaustion from time to time. The father-of-two

While travelling solo is exciting, it also requires meticulous planning and preparation. “You have to be very well-organised so that you got everything that you need. If you got everything you need, one big step is done. Two, of course, there’s some kind of excitement in new places like the excitement of the unknown. So if you take it as a thrill, you are going to enjoy it. If you might have the fear of the unknown, it might not be such an enjoyable trip,” Neha suggested.

Beneath the most confident exteriors, there’s always a lurking voice of self-doubt. To tame that, she suggested to “realise it’s someone else talking in your head so it’s very important to talk to that person and reassure that what they are saying is wrong and what you are saying is right.”

“You have done very well, you’ve come so far and you have made it. It’s a big achievement on its own,” she suggested to reassure yourself with such positive thoughts and pat yourself on the back.

In the constant scrutiny of today’s world, it’s easy to lose track of one’s own voice and confidence. Neha agreed and said, “We are living in a world of social media where you read stuff even if you don’t want to read or you hear voices that you don’t want to hear.”

“They are just voices otherwise they wouldn’t be hiding behind random names and trolling you. So I would say, ignore them. It’s easier said than done. You know what is good for you. You know what you are capable of and no one else will until you prove it to them. They are all going to be the naysayers until you prove to them that you are good enough. So, hang in there,” she added.

It’s crucial to protect one’s voice amidst opposing views. However, it can be a daunting task. How does Neha handle such a situation? She spilled the beans.

“I have always seen it as — there is no point wrestling with pigs because they will bring you down and they will get you dirty. So I feel in this case, I will have to be quiet. I know that I know what is right and they know what is right. So if they still want to argue, let them. It’s pointless because you are just going to waste your energy doing it and they won’t get it,” she said.

On being asked about things she learnt as an actor, she said, “One very important thing that I learnt is that no two days are the same. There are highs, there are lows. Don’t let the highs get to you, don’t let the lows get to you. Same with everybody in life.” 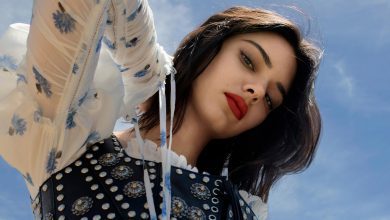 Amber Heard Biography – An American actress who Never Break Down 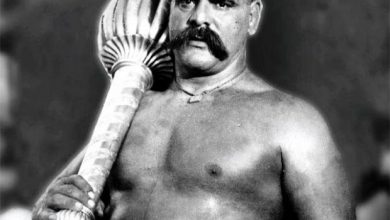 Who Was The Great Gama Pehalwan? Age, Wife, Death 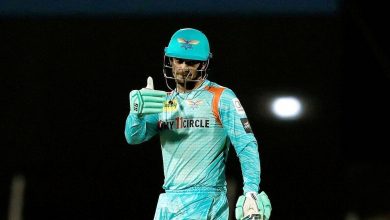 “Mom, You Are A Hero”: Daughter Of Teacher Killed In Texas School Shooting Posts Heartbreaking Tribute
16 hours ago