India is one of the biggest carbon emitters in the world and the strategy is aimed at continuing its pace of development while cutting down significantly on emissions as climate change become more intense and extreme weather events due to rising temperatures become more frequent.

With the announcement of its long-term emission development strategy, India is part of a select list of less than 60 parties that have submitted their LT-LEDS to the United Nations Framework Convention on Climate Change (UNFCCC). “We cannot have a situation where the energy security of developing countries is ignored in the name of urgent mitigation, while developed nations put their energy security above their duty to increase their ambition to mitigation through practical action,” the minister said.

WHAT IS INDIA’S PLAN TO FIGHT EMISSIONS?

India announced that the government’s focus will be on the rational utilisation of national resources with due regard to energy security and the transition from fossil fuels will be undertaken in a just, smooth, sustainable, and all-inclusive manner. India envisaged its plans for rapid expansion of green hydrogen production, increasing electrolyzer manufacturing capacity, and a three-fold increase in nuclear capacity by 2032 for a boost to the power sector.

READ  Ministers make push to get climate talks over the line

“Our future vision of long-term development must imbibe the spirit of equity and climate justice, learning from and sharing with each other, to create an inclusive and just world that leaves no one behind,” Bhupender Yadav told delegates at COP27. With the country pushing further into industrial development, the aim will be to improve energy efficiency, especially in sectors of steel, cement, aluminium, and others.

“India is on track to fulfilling its NDC commitment of 2.5 to 3 billion tonnes of additional carbon sequestration in forest and tree cover by 2030,” the strategy maintained.

Meanwhile, the Indian delegation once again raised the issue of climate finance and said that the provision of climate finance by developed countries will play a very significant role, and “needs to be considerably enhanced, in the form of grants and concessional loans, ensuring scale, scope, and speed, predominantly from public sources, in accordance with the principles of the UNFCCC.”

The delegation maintained that India has contributed little to global warming and its cumulative global greenhouse gas emissions have been minuscule despite having a share of 17 per cent of the world’s population.

“India is committed to pursuing low-carbon strategies for development and is actively pursuing them, as per national circumstances, and it needs to build climate resilience,” the government said at COP27. 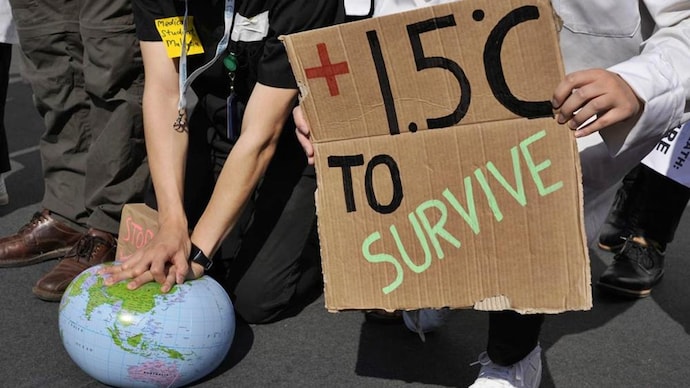