Not only is Rani Mukerji a phenomenal actor, she is also gorgeous. The ‘Bunty Aur Babli 2‘ star also knows how to make her presence felt in events, where she brings oodles of ethnic charm.

A few weeks ago, she was photographed celebrating Durga Puja with her cousin, actor Kajol, aunt Tanuja and the rest of the Mukerji family. During the four-day festivity, Rani managed to make heads turn with her sartorial picks that represented Bengali culture and traditions.

The actor was recently spotted out in public once again. This time, too, she opted for a traditional look comprising a stunning sari and makeup that went perfectly with it for a red carpet event.

Rani was clicked during the screening of the film ‘Uunchai‘, which was hosted by actor Anupam Kher and Rajshri productions. Her look and its details were shared on Instagram by makeup artist Namrata Soni, who shared a reel in which the actor looked mesmerising as she stared straight at the camera with her hazel eyes.

In the caption alongside the video, Namrata wrote that the actor opted for a sari from the label House of Masaba that had a beautiful, golden embellished border and two different shades of the rose pink colour on a silk base. The elbow-length blouse matched with the sari, but was of a different shade of pink with purple hues.

Rani accessorised with a pair of gold earrings with an intertwined design, a white bindi and a mini clutch with a long strap. She left her hair loose and opted for a soft glam makeup look. Namrata described in the caption that she used a rose gold eyeshadow. Going with the overall look, the actor wore a light pink gloss and a generous amount of pink blush to complete the look.

“All things pink and pretty,” Namrata captioned it.

Brown or white egg: Which is healthier? Alessandro Michele steps down as Gucci’s creative director; a look at his ‘extraordinary journey’ 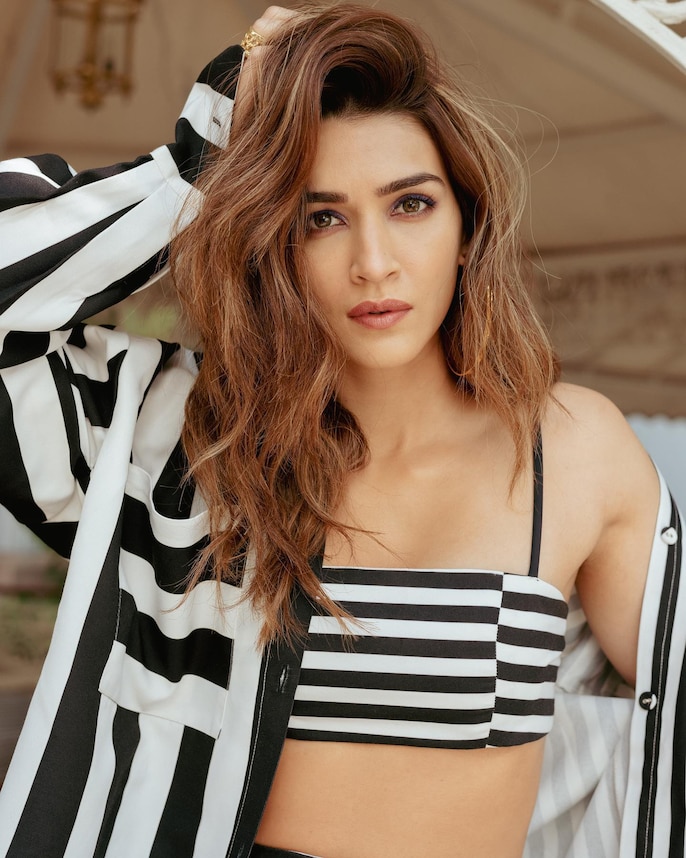