The row over the induction of independent Gujarat MLA Jignesh Mevani and former JNU student leader Kanhaiya Kumar in the Congress is somewhat misplaced. These inductions are very much in keeping with the Grand Old Party’s ethos of everyone having “a right to live and learn” and near absence of ideology.

The Left, rather the left of centre ideology, has been Congress’s natural ally. The Left, particularly the CPI, helped and bailed out Indira Gandhi. The Left had come to PV Narasimha Rao’s rescue when the Congress was running a minority government in 1991-92. It was part of UPA under Dr Manmohan Singh’s leadership till the two sides fell out on the Indo-US nuclear deal.

However, for many readers, the galaxy of Congress allies and leaders, ranging from the Shiv Sena to the Indian Muslim League and likes of Kanhaiya and Mevani, would always appear odd. But in effect, this “absence of ideology” has been an integral part of the Congress survival kit throughout decades.

Also, Congress insiders say having trucks with the Left or inducting leaders having left of centre thinking is not wrong. It turns problematic when left leanings start dominating the socio-economic, political and even foreign policy agenda. This prospect was found disturbing within the Congress, during the Rahul Gandhi era, particularly after 2014.

There is a growing fear in a section of the Congress that Kanhaiya’s induction would accelerate more left of the centre leanings. Rahul’s economic and political thinking is already influenced by the left of centre. Senior Congress leaders recall Amartya Sen’s interview conducted by Vinod Mehta and Anjali Puri in the Outlook issue of August 2009, where the Nobel laureate had described Rahul as “talented” and as someone deeply concerned about deprivation in India and wants to make a change.

The concern for the deprived is pushing Rahul towards the left of the centre. Sources close to him say while the great Indian middle class may have immensely benefited from Rajiv Gandhi, P V Narasimha Rao and Dr Manmohan Singh-led economic reforms, politically, the middle class has shifted its allegiance towards the BJP and right-wing ideology.

In such a scenario, there are millions of youth, farmers, daily wage earners, jobless who are thoroughly disillusioned with the Modi era. The Congress, through Kanhaiya, Mevani and others wish to court and champion their cause.

Not everyone is on board within Congress. There are many elements in G-23 who are squirming and biding for a chance to attack and corner Rahul. The outcome of Punjab, Uttrakhand, Uttar Pradesh, Goa and Manipur elections would therefore have a crucial bearing on internal Congress dynamics. A defeat or victory in Punjab will have special bearing because Rahul has tried social engineering, appointing a Dalit chief minister there.
Historically too, the Congress often had trucks with the left. After the Jawaharlal Nehru era, Indira Gandhi had inherited many powerful factions [both left of centre and those leaning towards the right] that continuously put pressure on her to make adjustments and accommodate them. She deftly dealt with this contradiction. The old guard was represented by Morarji Desai, YB Chavan, SK Patil and Nijalingappa on the one hand, and the ‘young Turks’ or the ‘verandah boys’ (young socialist leaders such as Chandrashekhar, Nohan Dharia, Krishna Kant, C Subramaniam, Chandrajeet Yadav and others) on the other.

The young Turks inspired the entire new generation of that era when they successfully blocked the entry of Raja Kamakshya Narain Singh of Ramgarh in the Bihar cabinet through the offices of the then chief minister Hari Har Singh in violation of an earlier decision that feudal lords who were not part of the Congress should not be inducted in party ruled states as ministers.

READ  Lockdown in Delhi extended by another week, restrictions in place till May 24

C Subramaniam, who was then Tamil Nadu Congress chief, resigned from the CWC. On 14 May 1969, the CWC asked Subramaniam to withdraw his resignation and the Bihar government to remove Raja Kamakshya from the Bihar ministry. Thus, Subramaniam won the day.

For the old-timers, the right to dissent and generate open debate has been a hallmark of Congress politics. Unlike the Left’s concept of “democratic centralisation” where even a decision arrived by 51 for and 49 against is dubbed as ‘unanimous’, the Congress legacy has been different.

Indira Gandhi herself encouraged the formation of various ginger groups like the Congress Socialistic Forum, Nehru Forum and other groups. Often, she promoted one and mid-way encouraged the other. By this legacy, Rahul should allow G-23 to thrive and have their say as long as they do not cross the Lakshman Rekha of party discipline.

Interestingly, when an alliance with Shiv Sena was stitched up in 2019, Congress had marshalled several arguments. It had stated that Sena had no formal ties with the Rashtriya Swayamasewak Sangh (RSS), the Jan Sangh, the Hindu Mahasabha or the Vishwa Hindu Parishad. They tried to gloss over the fact that Sena was accused of instigating many riots in Maharashtra, including the Mumbai riots of the late 1960s, the Bhiwandi riots in 1984 and the Mumbai riots of 1992-93. Shiv Sena has been a proud practitioner of its radical Hindutva ideology laced with parochial objectives. This aspect of Sena’s past did not cause any acute discomfort to the Congress leadership.

Having joined the Congress, Kanhaiya and Mevani may like to read a Congress Working Committee resolution adopted under Sonia Gandhi’s leadership at 24 Akbar Road on January 16 1999, articulating the Congress’ definition of secularism.

READ  Remembering Charlie Chaplin on His Birthday: Best Quotes By The Comic Legend

“The CWC endorses the views of the Congress president, Sonia Gandhi, in her speech on the anniversary of Swami Vivekananda, where she had said ‘India is secular primarily because of Hindus, both as a philosophy and as a way of life based on what our ancients said, Ekam satyam, vipraha bahudha vadanti (The truth is one, the wise pursue it variously)’,” it read. 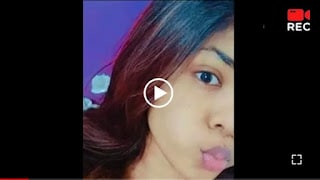 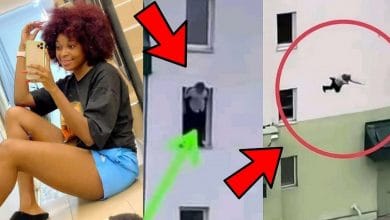