On Nov. 14 in Sharm El-Sheikh, representatives from nine countries sat down to dinner. It was the start of the second week of COP27, but this was no panel discussion or debate over loss and damage. The dinner, hosted by the government of Singapore alongside alternative-protein advocates, was instead a celebration of the main dish: cultivated chicken, or meat grown from animal cells in a bioreactor.

At the moment, Singapore is the only place in the world that permits the commercial sale of cultivated protein, also known as lab-grown meat, cultured meat or cell-based meat. But chicken isn’t its only focus. As climate change threatens global marine ecosystems, the city-state is also leading a charge to allow, regulate, and ultimately normalize the commercial sale of cultivated seafood. Singapore’s enthusiasm, driven by the local diet and its own reliance on food imports, is matched by that of dozens of startups around the world, all of which are exploring ways to grow cell-based oysters, lobsters, and other marine species in laboratory settings — and figuring out how to get consumers interested in eating them.

The science behind cell-based meat isn’t new — cell cultures were first used in medical research in 1907 — but it has yet to see much application for fish. Seafood is, however, a ripe space for innovation. Humans eat more than twice as much of it today as they did in 1960: Fish consumption has been rising at almost double the rate of population growth. And seafood transportation often requires long-haul airlifting, resulting in copious greenhouse-gas emissions.

The fishing industry is also among the most vulnerable to a changing climate, as ocean acidification compromises marine habitats and warmer seawater shifts the distribution pattern of fish stocks. Less than two thirds of those stocks are now within biologically sustainable levels, down from 90% in 1974, according to the Food and Agriculture Organization.

READ  This amla season, here’s how to make the most of this ‘immunity booster’

The decline in wild catches cannot be easily offset by aquaculture either, which has itself fallen victim to climate change-driven extreme weather. In July, a tropical cyclone in southern China wreaked havoc on fish farms equal in size to 22,900 football fields.

Inside Avant’s lab in Hong Kong (A Dayu Zhang/Bloomberg)
Mirte Gosker, managing director of Singapore-based nonprofit Good Food Institute Asia Pacific, says threats to the seafood supply present an obvious moment for cultivated protein. “It’s simply a smarter way to make meat,” she says. “Asian markets play a central role in this shift. Of the top 10 countries that eat the most fish, seven of them are in Asia, creating an ocean of opportunity for alternative seafood producers.”

Investors also have eyes on that opportunity: Funding for cultivated seafood companies hit $115 million in 2021, according to GFI Asia Pacific. While that’s still small potatoes compared with the $1.3 billion that went into cell-based meat overall last year, it’s double the level of funding cultivated seafood received in 2020. The sector’s startups include Singapore-based Shiok Meats (shrimp and lobster), Germany’s Bluu Seafood (salmon, trout and carp) and BluNalu in the US (tuna). Then there’s Avant Meats, a Hong Kong startup that’s spent five years perfecting the cultivated version of a sea delicacy few in the West have heard of.

At Avant’s windowless lab in Hong Kong Science Park, five scientists execute daily duties that include feeding fish cells with a culture medium containing more than 50 nutrients, counting the number of fish cells grown on different “scaffoldings” to identify the best holding structure, and cooking and sampling cell-based products in the lab’s built-in kitchen. Seafood culture is so prevalent in Hong Kong that locals named a street after it — Hoi Mei, which means “the flavor of the sea” in Cantonese — and Avant is working on a cell-cultured version of a premium ingredient in Asian cuisine.

READ  How Should Raw Animal Proteins Be Stack Prior to Cooking?

Known as the “treasure of the sea,” fish maw — the swim bladder of a fish — is often served in soup during weddings and other special occasions. The light, white and spongy treat is prized for its medical benefits, and can cost tens of thousands of dollars per kilogram. But because fish maw is usually harvested from larger fish, Asia’s appetite for it has also exacerbated the overfishing of certain species.

To make cultivated fish maw, cells taken from croakers are placed in plastic tubes and stored in a bioreactor connected to an oxygen tank. Within weeks, those cells multiply into tissues the size of a grain of rice, at which point they’ll be ready for assembly into larger pieces. Fish maws are well suited to this part of the process — that “scaffolding” needed to recreate meat’s texture and shape is harder with complex types of tissue, like muscle and fat — but it still isn’t easy. Avant’s first fish maw prototype was texturally solid, says Co-Founder Mario Chin, but it didn’t taste right.

Cracking the science on cultivated seafood, however, is only half the battle. Singapore has pledged to produce 30% of its food locally by 2030 (versus less than 10% now), which makes cell-based meat an appealing option. But no other country allows the commercial sale of cultivated protein yet, although some are getting closer. The Netherlands this year legalized the sampling of cultivated protein, and China’s new agricultural plan for the first time includes growing meat from animal cells as one of its prioritized technologies.

READ  This amla season, here’s how to make the most of this ‘immunity booster’

In the US, the Food and Drug Administration this week issued a very preliminary green light for lab-grown meat for human consumption, although a regulatory framework is still needed and any meat outside of seafood will also require the approval of the Department of Agriculture. For now, though, the limited market for these products means startups making them don’t have any path to economies of scale. The emissions toll of mass cultivated fish also remains unclear, as the more bioreactors are deployed to grow fish from cells, the more electricity they consume.

Then there’s the consumer challenge. Cultured meat’s cheerleaders need only look at plant-based meat to see how difficult it is to shift eating behavior. After years of development, some plant-based meat offerings taste almost identical to their animal counterparts, and claim similar nutritional content and far fewer emissions. But prices aren’t yet competitive, and consumers aren’t yet sold: Plant-based meat was estimated to have less than a 1% global market share last year, according to GFI Asia Pacific.

Avant, for its part, is optimistic about these hurdles — even though its own fish filets won’t be cost-competitive for at least three years. The company is now planning its first factory, and has raised nearly $15 million from institutional investors that include US-based S2G Ventures and Hong Kong-based tech incubator ParticleX. Co-Founder Carrie Chan says Avant has also started applying for regulatory approval in Singapore for its fish maw. Once that happens, a cell-cultured “treasure of the sea” could hit restaurant tables within two years. 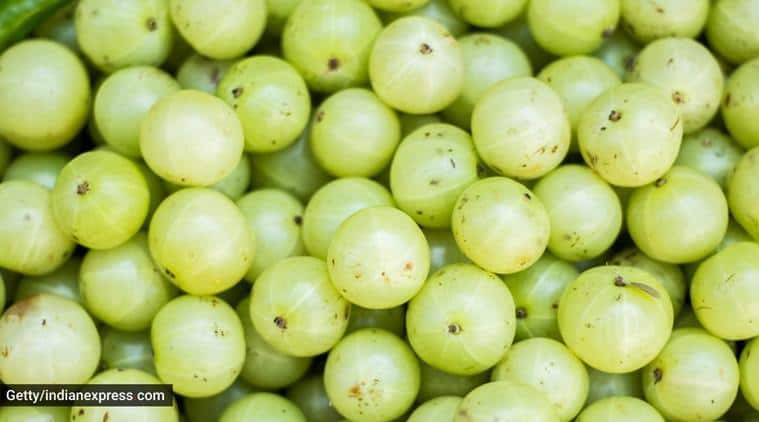 This amla season, here’s how to make the most of this ‘immunity booster’ How Should Raw Animal Proteins Be Stack Prior to Cooking?